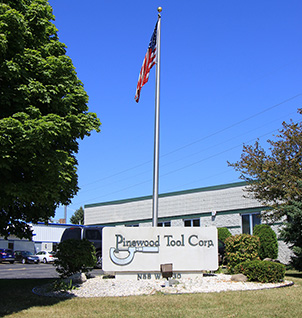 At the age of 14, Pinewood Tool Corporation founder Richard Schweinert came to the United States from Germany. With a strong work ethic and a desire to make it in America, he quickly learned the dynamics of the tool and die trade and became a highly skilled toolmaker. His ambition, intelligence, and skill propelled him to create a tool and die company of his own.

In 1974, he established Pinewood Tool Corporation and fulfilled his goal of becoming a locally renowned and highly sought after Tool & Die Maker. Richard and his son Pete have continued to grow Pinewood Tool into the highly regarded tool & die manufacturing company that it is today.